Stevia is a plant having a sweet taste that has been used to sweeten beverages. Since the 16th century, it has also been used in making tea. Stevia is a safe and healthy sugar substitute that can sweeten up foods and beverages. It has some impressive health benefits such as it reduces calorie intake, risk of cavities, and blood sugar levels. Stevia has zero calories because per serving calories of consuming it are low. There are different forms of Stevia such as Liquid stevia, powder, and much more. Through this article, we will discuss all related to what is Liquid stevia? And how to use it. Before this let’s start from the basics.

Stevia rebaudiana is a plant that grows in the native of Paraguay and Brazil. It is a member of the chrysanthemum family and a subgroup of the Asteraceae family. Its leaves have glycosides which are an extremely sweet part of the stevia plant. Stevia leaves are 10-15 times sweet as sugar while its extract is 300 times sweet as sugar. Do you know, there is a big difference between the stevia we get at any grocery store and the stevia grown at home. In fact, stevia products have just little stevia in them.

Its products consist of highly refined stevia leaf extract called Reb-A (rebaudioside A). However, mostly stevia products include very little stevia. Reb-A is 200 times sweeter than sugar. In addition, sweeteners made with Reb-A are considered as “Novel sweeteners” because they are made from different sweeteners such as erythritol and dextrose (it includes sugar alcohol, and glucose).

Stevia plants can be grown at home and their leaves are used to sweeten the foods or beverages. Reb-A is available in form of Liquid sweeteners, powders, and granulated forms.

What is liquid Stevia?

Liquid stevia is a liquid extract of the stevia leaf that is used as a natural zero-calorie sweetener. Liquid Stevia drops have been popular for the past few years. Considering its sweetness level, 1 tablespoon of Liquid stevia is equivalent to 1 cup of sugar.

These flavors come in various varieties ie. both plain and flavored. It includes mint, lemon, orange, chocolate, and even much more flavors. People love liquid stevia drops and enjoy them occasionally. In addition, some kids also love having a treat of flavored water such as root beer and chocolate drops are their favorites. People use Liquid stevia in sparkling water. Although people are using Liquid stevia instead of soft drinks.

How to use Liquid Stevia?

Liquid Stevia is a supplement of table sugar in your favorite foods and beverages. Few drops of Liquid stevia are equivalent to one teaspoon of table sugar.

Tasty ways to use Liquid stevia include:

You should add extra liquid or ingredients to your recipe to make up for the lost sugar. It may take some trial and error to get the texture and level of sweetness you like.

What are the benefits of using Liquid stevia?

Liquid stevia will be helpful in diabetes as it is a great way to sweeten your yogurt or tea. According to research stevia sweeteners do not contribute calories and carbohydrates to the diet. Therefore it has no effect on blood glucose or insulin. This allows people with diabetes to eat a wider variety of foods without compromising with the taste.

Liquid stevia is a non-nutritive sweetener which means it has almost zero calories. It means that it will be helpful and appealing for anyone who tries to lose weight. According to a 2010 study 19 healthy and 12 obese participants found that it significantly lowered insulin and glucose levels.

Stevia Liquid may help manage cholesterol level. During the 2009 Survey, participants consumed 20ml of stevia extract daily for a month. This study found out that stevia lowered total LDL (bad) cholesterol and it also increases HDL (good) cholesterol. But it’s still unclear whether it has the same impact while using it occasionally.

Liquid stevia in food and beverages decrease calories from unwanted sweeteners children intake. Therefore it is helpful in reducing calories from the diet of children. Liquid Stevia also helps people with obesity and cardiovascular disease.

Is stevia good for weight loss?

Yes, according to 2010 study results, stevia is good for weight loss. As we discussed above Stevia-based products have almost zero calories therefore it is helpful in weight loss. Most importantly, it also depends on how many calories you eat along with it. But if you replace the sugar with stevia-based products, you can reduce your sugar calories instantly.

Does Stevia cause any side effects?

Some studies show that steviol glycosides, such as Reb-A, are considered as safe stevia. However, it was not approved for whole-leaf stevia or crude stevia extract in foods and beverages.

Raw stevia herb can harm your kidneys, reproductive system, and cardiovascular system. However, it can also drop blood pressure levels by interacting with medications.

If you use stevia throughout the day carbs may add. In addition, stevia products made with sugar alcohols may cause side effects such as digestive problems, such as bloating, and diarrhea.

FDA and European Commission concluded that the risk of an allergic reaction after consuming liquid stevia is low.

Stevia was banned in the U.S in 1991 for its direct use in food. It could be sold as a dietary supplement. In 2008, the US FDA reserved their decision and allowed a highly purified version of stevia to be sold as GRAS( Generally regarded as Safe) ingredient. In 2011, the EU allowed it again as an ingredient. With the surprising efforts from the soft drink industry, specific compounds from the stevia plant are now legal as food additives.

I hope this article helped you answer the question “ what is Liquid stevia” as well as how to use it. Stevia products made of Reb-A are safe even for pregnant ladies or for those who have diabetes. Remember stevia is much sweeter than table sugar so avoid using too much. Considering its legal use, Stevia is not approved for commercial use but you can still grow it for home use.  While raw stevia leaf is harmful to pregnant women. It’s about 100 to 300 times sweeter than table sugar, but it has no carbohydrates, calories, or artificial ingredients. Therefore it is considered as beneficial for weight loss. 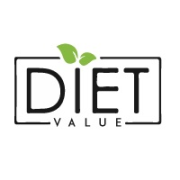 Healthy Living: Things You Need To Consider For Everyday

How to Stay Beautiful and Young for Long Time

Vital Reds: The Remarkable Supplement You Should Be Taking